Today we have the Gathering of Parts 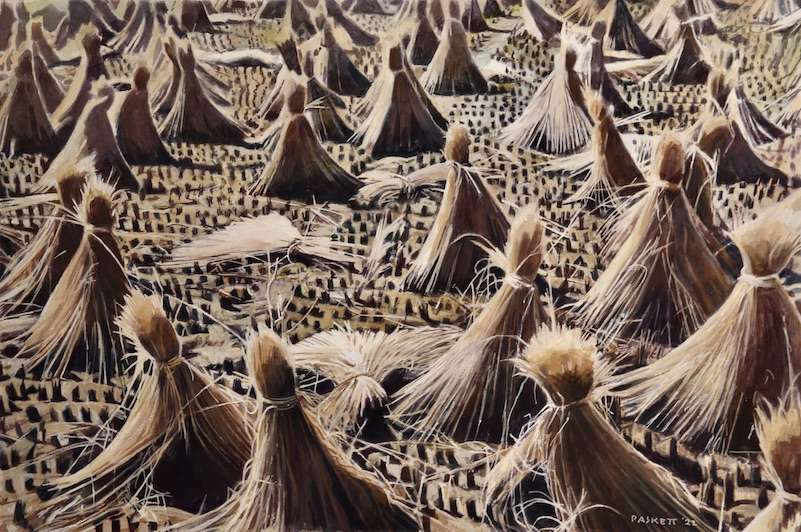 There are several things happening in my studio today.

In the painting department, a detailed  watercolour of Yunnan hay stacks plus several ongoing geometric oil abstractions with a taste of Moroccan carpets, Kuba cutouts, a pinball machine, all ‘somewhere between a map and a hard place.’

Spring sun lights up assorted bits and bobs assembled on my window sill. A turquoise fragment is holding court in a clearing surrounded by a throng of stoney sentinels.

How are all these things connected, apart from my being the ‘Selector’ in the midst?

In both the figurative and abstract paintings the eye finds numerous pathways.

The haystacks are small but might suggest bigger things from tepees to large conical mountains. Memories creep in here of the monumental lime karsts lining the Li River. The structure of Chinese Landscape vertical scroll paintings are never far from my mind.

Every shape is a springboard to another. The restless eye keeps on the move, at times quickly and at others slowly manoeuvring into backwaters or in and out of a cul-de-sac.

Some shapes appear like off-cuts…  a plough left in a field or flotsam and getsam drifting through dockland.

We move from conversations between congregating shapes approached by angular tadpoles to hieroglyphic tools. There seem to be momentary attractions, then currents carry them away along zig-zagging waterways to side channels where they filter between floating communities.

Matisse said about his paintings that the idea was to ‘lose your way’ the eye never settling.

I equate this to the flippers on a pin table sending the ball bouncing away, from pillar to post.

In this current series of oil paintings, I was at times thinking of islands and reclaimed land, of re-wiggled rivers, of diversions. And then, at others, an added lump changes a plan of a piazza into the elevation of an internal combustion engine.

At times a reference comes that morphs a mountain into a rooftop, subsequently breaking it up to suggest a road symbol… anything is allowed.  An electric cantilever cable becomes a plough and then a kite.

During days of painting, identities transform. It is a long process of pushing lines and shapes back and forth. 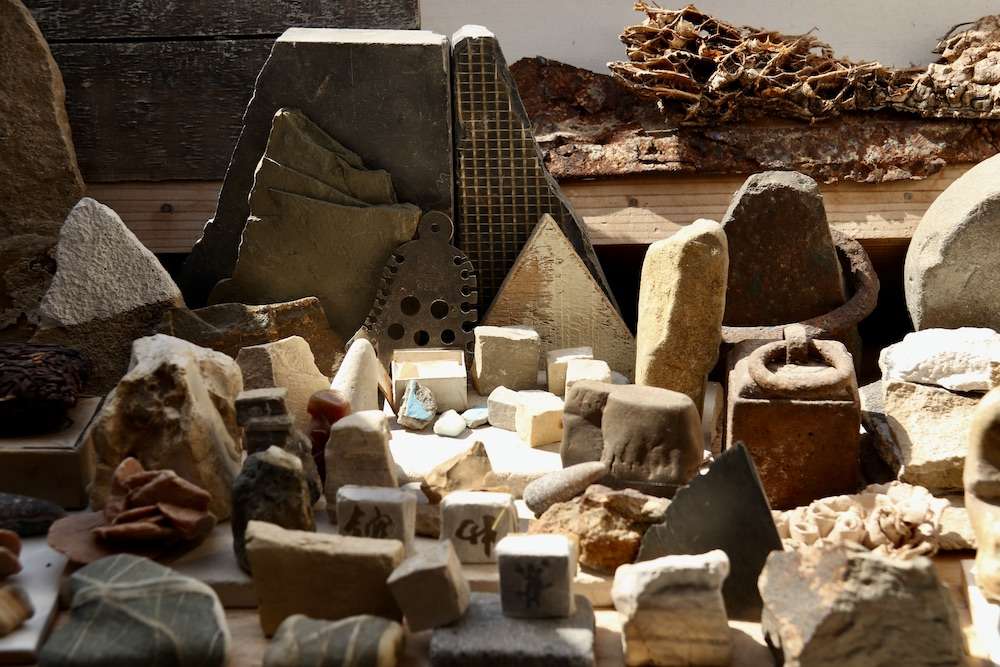